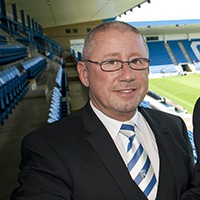 I previously set up The Elliott Scally Trust after the death of my son Elliott from heart disease, and both myself and Sara my wife raised just under GBP200k in the first year or so which was distributed between Demelza House Hospice in Kent and The Evelina London Children's Hospital which used the money to finance children's heart scanning equipment. It was during my sons surgery that I met the heart team at Guy's hospital, now the Evelina, and stayed in contact with John Simpson and Conal Austin, assisting them from a distance in raising funds for their previous charity run by a Sri Lankan Jai Lameer. I also visited them in Sri Lanka on a couple of their missions and saw the amazing work they were carrying out in saving lives of children with serious heart illnesses and short life expectancies. When Jai died suddenly in January 2010, John, Conal and myself decided to set up a new charity to continue with the annual missions to Sri Lanka, hence Take Heart Mercy Mission was formed, in association with Gillingham Football Club, who will administer, promote, manage and market the charity on an ongoing basis, as well as adopting it as it's sole and core charity in the UK.

I have been humbled by the extraordinary experiences I have witnessed in Sri Lanka, the sheer sadness at losing some battles but the joy at seeing the huge successes acheived by a dedicated team of medics, all volunteers who take their expertise overseas to help very sick children, and who work alongside local medics with a view to improving and increasing their knowledge. There is clearly a need to increase our presence in this field and we are all committed to raising funds for further and increased missions each year, much needed equipment in the heart unit in which we operate, and ensuring funds are available to maintain this equipment and train local medica in the operation thereof, thus helping Sri Lankan medical people to increase their proficiency allowing them to treat even more children suffering from difficult congenial heart disease.