Home  >  About The Diary  >  Our People
Our People

There are currently no Events

In affiliation with The Elliott Scally Trust

The team of doctors, surgeons and nurses from the Evelina London Children's Hospital who donate their own free time changes each year. 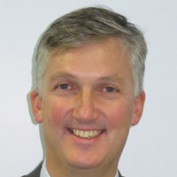 An expert in total arterial revascularisation, mitral valve repair techniques, and congenital heart surgery for both adults and children. Conal is considered as one of the leaders in paediatric heart surgery, and a recipient of a 'Children's Champion Award'

Joining the staff of the Evelina London Children's Hospital in 1997, Conal and Dr Simpson were both involved in efforts to save Elliott, the son of Gillingham Football Club Chairman Paul Scally in 2003, and the three have remained friends ever since.

One of the aims of the missions to the hospital in south-west Galle, Sri Lanka,  he says, is to improve training and facilities for the local doctors as well as to save lives directly.